Are mounted police officers responsible for cleaning their horse’s poop? 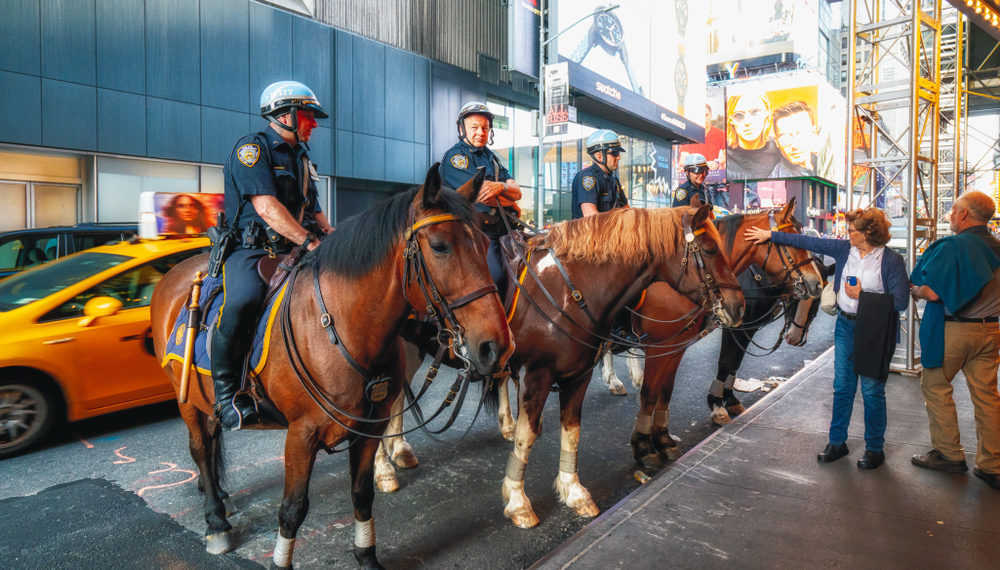 Mounted police officers are people who patrol on horseback, and they are ubiquitous in many states and countries.

If there are a total of 1000 horses in the USA’s mounted police, it makes it approximately 40 pounds of poop a day and 14000 pounds of poop every year excluding the gallons of urine. Generally, a police horse will work for 8 hours a day for five days a week. Every single horse used by police produces nearly 3000 pounds of poop, and it can find its way onto the city’s sidewalks and streets every year. So who is responsible for cleaning all this massive amount of poop? The answer is, there are different rules for different cities. Police officers are not usually responsible for picking up their horse poop. But they are encouraged internally to pick poop when possible.

One such example we can find is on the FAQ page of Minnesota’s St. Paul’s Mounted Police. Answering this specific concern, it says: based on the law, they are not required to clean poop of horses while patrolling. But the mounted officers make every possible attempt to clean up horse’s poop if it falls in areas like public footpaths or outside of stores/eating joints. But they are under no responsibility to do so, and they can do it only if they want.

They are not obliged to clean up poop while patrolling. But there are many instances reported that people get incredibly irritated seeing the police officer not cleaning their horse poop.

We are hopeful that the above article answers the question, “do mounted police officers have to clean up their horse’s poop?”

How can you adopt a retired police dog?