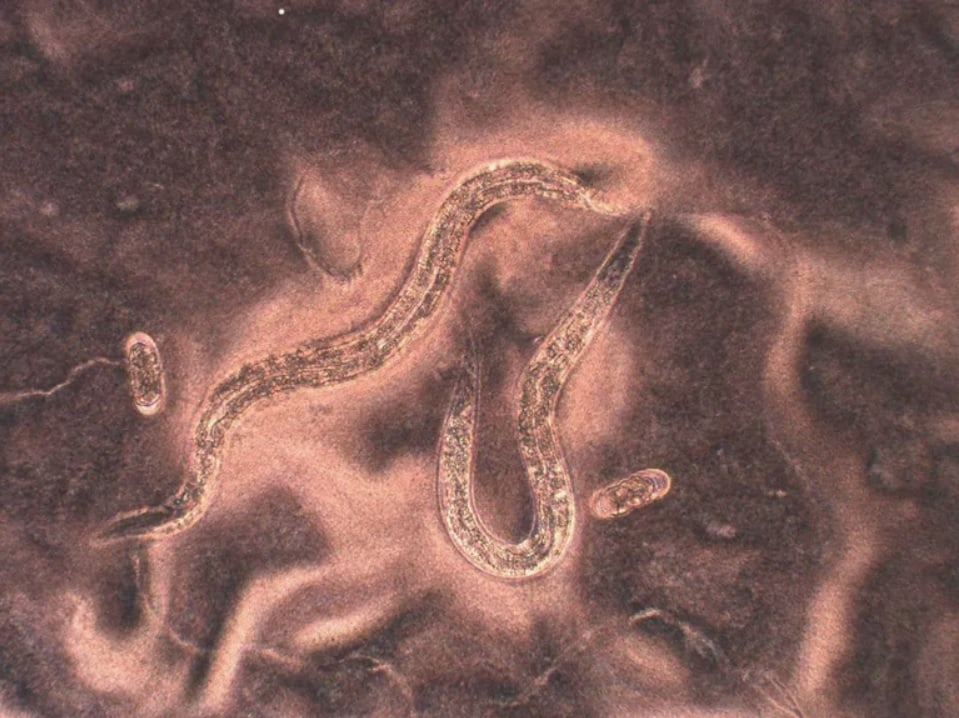 When talking of creatures that are sharing the earth with humans from more than a thousand millions years, the devil worm can not be left unmentioned. You might not know about this tiny worm, but this devil worm is haunting places where no other creature can ever exist. These tiny creatures can exist in the scariest places. These worms were not discovered before 2008 in a gold mine of South Africa. They were found a mile deep in the mine. The creature being talked of here is nematode or roundworm, which was then marked as the deepest-living animal. It is the primary distinction of these worms in comparison to all living creatures and other worms.

The peculiarity of these worms is that they can survive in the most hellish conditions. They are known as the deepest-living animal ever seen on the earth. No other creatures are known to exist in such extreme temperatures and suppressing the pressure of such depths. The scientists have given a scientific name to the worm- Halicephalobus Mephisto. The worm has been named Halicephalobus Mephisto after the Faustian demon who presided over hell.

Now the question arises that at such depth, what does the worm have as their food? Halicephalobus Mephisto, one of the creepiest creatures, survives on bacteria. Scientists have concluded that as this creepiest creature is living below the earth from millions of years, it has eventually evolved into its habitat.

Scientists have been trying to figure out many things about these creepiest creatures since their discovery. Many researches have been conducted mainly to understand the mechanism of these worms. Researchers are also trying to know what makes the worms survive in the infernal heat and immense pressure. The researchers of American University gave another name to the devil worms. The new title given to them by the scientists is the first subterrestrial animal ever to have its genome sequenced. These worms are also known to carry an exceptional amount of Hsp70.

The heat-shock protein in the devil worms

Hsp70 or the heat-shock protein is found expressly in almost all life forms in a minimal amount. The job of the heat-shock protein is to repair the cells that get damaged by heat. All other nematodes have Hsp70, but Halicephalobus Mephisto has it in plenty. The worm made copies of their Hsp70 genes and made its duplicates and triplicates and Quadri. It is also known to make spare copies of the gene called AIG1. This gene is used for the cellular survival of animals and plants.

Halicephalobus Mephisto lives underground, and it has to either live there or die. It had to adapt to extreme conditions for its survival. The worm had evolved itself according to the climatic conditions of their habitat and learned to survive. For example, the creature’s humble nematode has also come in terms with the climatic change over the years. So, these devil worms are amongst some of the most robust multicellular life forms and are surviving in the most hellish conditions.

Following “Friends” around the country