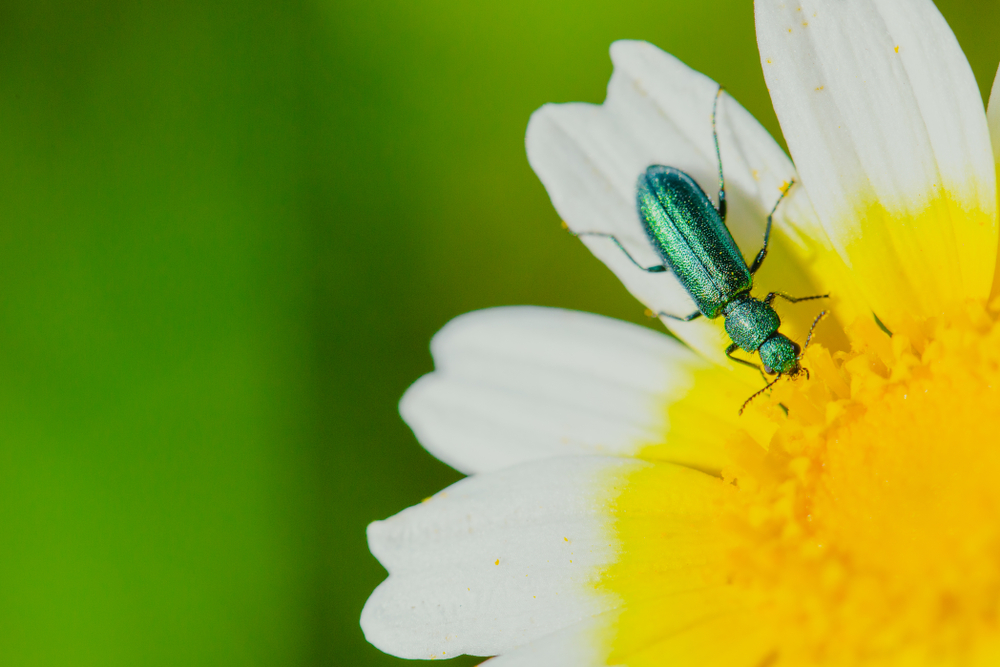 If you encounter any animal all painted in colors, it would be mesmerizing, right? They stand out among the pack and might look more attractive than the rest. But they are highly vulnerable to predators. But luckily, this is not the case for jewel beetles. These beetles are most famous for their blue, green, and purple iridescent wing that acts a camouflage.

If you are curious about their color, lookup for a credit card, you’ll notice a holographic seal on the back of it, and as you slowly change the angle, you can see the images and the symbols imprinted on the seal’s color changing. This rainbow-like, flash effect is known as iridescence. Many creatures have the same shimmering coats that help them to get protected from their predators.

All about jewel beetles

Imagine you see a colorful beetle. Wouldn’t it be fascinating? We know these jewel beetles give a hard time to its predators who can’t distinguish its stunning iridescent shell from its natural surroundings. The primary reason is that it changes its color to the color of its background. However, other animals and insects rely on other revolutionary techniques.

What research has to say

A study by The University of Bristol suggested that jewel beetle’s blending strategy is quite effective. The beetle gets blended along with other shiny and bright creatures when it rests on any glossy surfaces.

Both animals and humans find it difficult to spot these bright insects in the complex natural forest environment. It is for most animals and bugs; a brilliant and bright appearance can get easily caught. While everything is shimmery, most creatures maintain the right balance between mate-magnetizing and subtle beauty to stay far off from the predators’ eyes.

Leading author and ecologist Karin Kjernsmo explain that although an iridescent insect might be an easy thing to spot in a well-lit museum case, the spectacular colors may not shine bright in the dappled light of the natural environment. It is why an iridescent beetle on a shiny leaf could be much more difficult to detect than any other insect. It could be the reason for it to work even better than traditional camouflage.

After lab tests, the research team found those iridescent wings superior at flying under the radar of both humans and birds. They are a lot less detectable than green-colored wings.

Researchers also suggest that the combination of radiance and gloss creates an illusion of inconsistent depth and features that baffles predators. As we suspect, this type of wizardry is common among all iridescent species in the world.

This research helped scientists find that the effect was something unique for jewel beetles, and they found that their colors conceal these beetles in the environment. It also increases the chance of many iridescent species using their colors in the same way to protect themselves.

The Berlin hostel with amazing Interiors 

Tunnel under the street saves countless turtles in Wisconsin