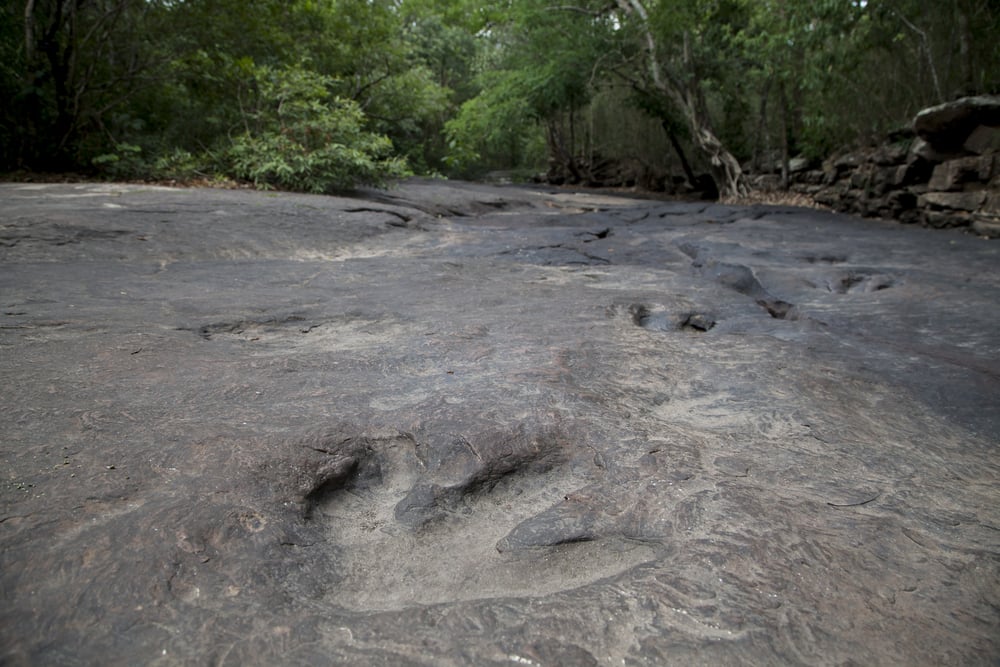 Visitors at Utah state park have been destroying the 2000 years old ancient dinosaur tracks. It is known that the sandstones have imprinted tracks of the dinosaur but are sadly thrown into a nearby lake. In particular, officials claim that tourists have removed sandstone pieces imprinted with ancient dinosaur tracks and have thrown them into a nearby lake, potentially destroying or dissolving the ancient artifacts. Tourists threw the tracks around as if they were merely rocks.

Although officials say that visitors at Utah state park probably do not always realize that the rocks they throw into the lake contain dinosaur footprints, it is still not clear why they try to remove sandstone from a state park and throw it first into a lake.

What park’s manager has to say?

The park’s manager, Josh Hansen, said that recently a kid was caught with two tracks in his hands, as he was about to throw them into the water. However, by the time Hansen reached him, the boy had already thrown several tracks into the lake. He estimates that in the last six months, at least 10 of the more significant, more visible footprints that range from 3 to 17 inches (8 to 43 cm) long have disappeared. The destruction of ancient dinosaur tracks wasn’t intentional, and most of it was done by children who just for fun purpose want to make a big splash in the water.

It is becoming a big issue

The park is considering sending a dive team back from the lakebed to recover what they can. For now, it’s putting up more signs telling visitors not to touch the sandstone, but it is disappointing that people don’t pay attention to the current signs that warn them not to damage the area anymore. Citations are also used as a preventive measure. Park officials mentioned while throwing rocks into the water is not illegal, but displacing the rocks that contain tracks is.

Not happening for the first time

This is not the first time for something like this to happen. Three Boy Scouts had been punished with this very issue in the juvenile court back in 2001. Then, amateur divers helped park management, who went into the water and collected most of the rocks. Now, they are considering doing the same thing, the state Utah parks mission is to send a dive team to get back the tossed dinosaur footprints.

This is disturbing in several ways. The ancient dinosaur tracks are an essential part of what makes Red Fleet State Park so beautiful and unique, and one of the main reasons tourists first visit the park. Besides this, they also have a significant scientific value.

Why we need bees