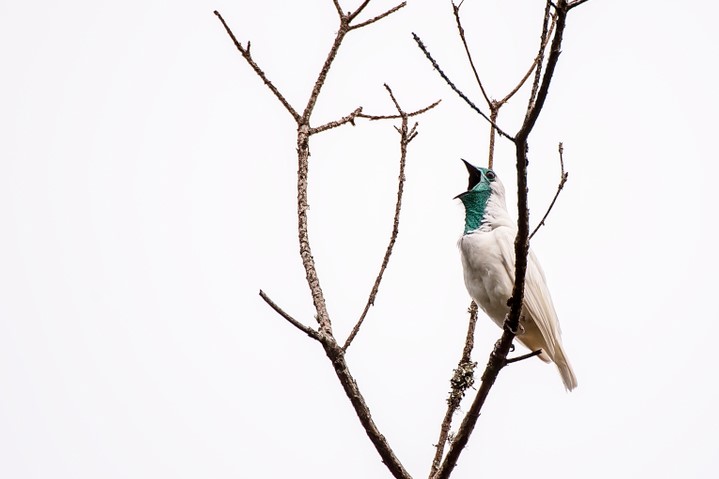 A tiny white bird in the Northern Amazon took the title of the world’s loudest bird. The white bellbird, also known as the Procnias albus, gives the birds the loudest call ever recorded, reaching 125 dB. Previously the record was held by screaming pihas.

Key points to be considered:

The loudest bird in the world

The white bellbird’s mating call is now officially the world’s loudest bird song on the record. The white bellbird has two forms of song levels – the usual one is 116 dB (decibels) while the more impressive one goes up to 125 dB, and it’s about three times louder than screaming pihas – the previous record holder with the title the loudest bird singer.

The white bellbird is roughly three times as loud as the previous loudest bird. It is interesting to note that some performance constraints come with volume. The song gets shorter, as the bird gets louder. Scientists believe this is possible because the bird’s respiratory system has a restriction on its ability to regulate airflow and produce sound.

The scientists are, however, confused at how the birds, both male, and female, can tolerate the noisy songs without being deaf. The researchers wrote that their calls are so loud, they wondered how white bellbird females listen in close proximity without damaging their ears. They also hope to experience successful courtship to understand why noisy males attract females.