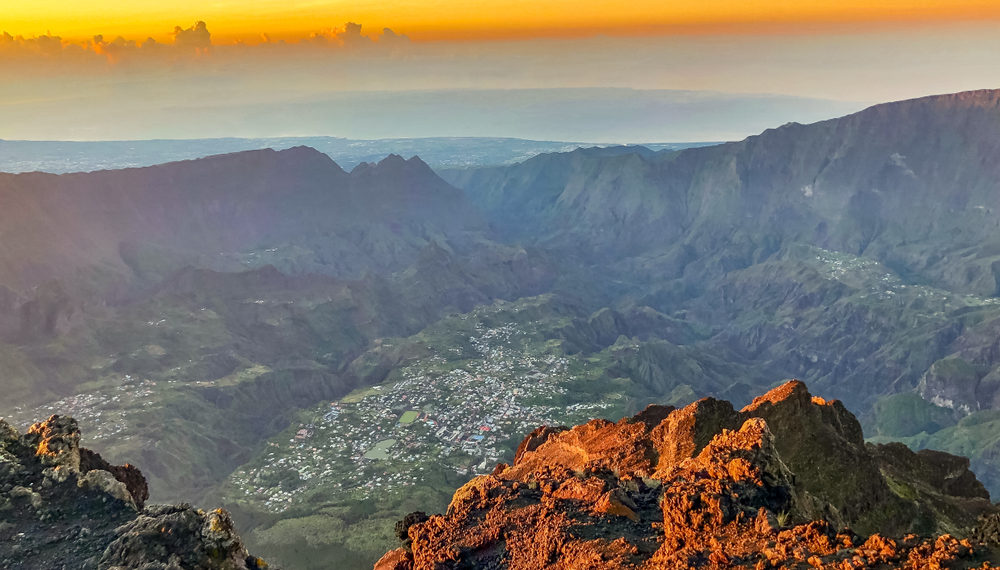 Before five million years, two volcano eruptions started on the ocean floor, deep in the middle of the Indian Ocean. In the next 3 million years, these active volcanoes kept on rising and became tall enough to rise from the ocean floor over 4000m above. These active volcanoes became so huge that one of them now stands at 3069m above sea level. Its height from calculating from the seafloor is almost as tall as Everest. Here we are talking about is the roof of the Indian Ocean, Piton des Neiges, the tallest mountain around the Indian Ocean.

The volcano in the Indian ocean became the Piton des Neiges, the tallest mountain of its area. Piton de la Fournaise, the neighbor of the volcano in the Indian Ocean, is one of the most active volcanoes in the world. It is one of the latest volcano eruptions in the world that started on April 28, 2018, and is continuing. These two volcanoes together form the French island of Réunion.

Peculiarities of the volcano eruption location

The volcanoes are present at the center of the island named Réunion. It is one of the tropical islands and measures only 69 km (43 miles). Réunion is best known for its unique endemic species, magnificent rainforest-covered mountainous landscapes, growling volcanoes. You will also find vibrant coral reefs and unique culture.

Mostly, the Indian Ocean islands such as Mauritius, the Maldives are known for their lavish holiday destinations. All these islands are related to each other as they are all created by the same volcanoes in the Indian Ocean– Réunion volcanic hotspot.

The mightiness of nature

The Réunion hotspot is known to be active from the last 66 million years. These eruptions also relate to the extinction of the dinosaurs. These islands are a rare geological setting when such a massive volcano in the Indian ocean emerges from the seafloor to such great heights. Nature is the mightiest as plants start growing, and then animals start to live on these young volcanic rocks.

History of the Réunion island

The island was dwelled in the 17th century, initially by the Portuguese. Then it was ruled by the French, who are governing it to date. Many cultures from Africa and Asia live in harmony there and have formed their own Creole island identity. There are many endemic plants present on the island, such as orchids and rare birds. The iconic endemic tree fern makes the jungle look like a real-life Jurassic Park. But the increase in the human population has started to harm the rare wildlife of the island. So, a national park was created there to safeguard the wildlife of the magnificent island.

Inhabitants of the island

For the people of the Réunion, volcanoes are part of their regular life. It defines everything in their lifestyle, including music, culture, and farming techniques. The place holds one of the most significant among all the volcano eruptions in the world.

Volcano islands are sovereign on their own. The people living in these places offer a window into a world and culture at one with nature’s rhythms.

How did the turkey get its name?

Why Escobar Hippos are taking over Colombia?