6 Reasons why you should visit Galicia 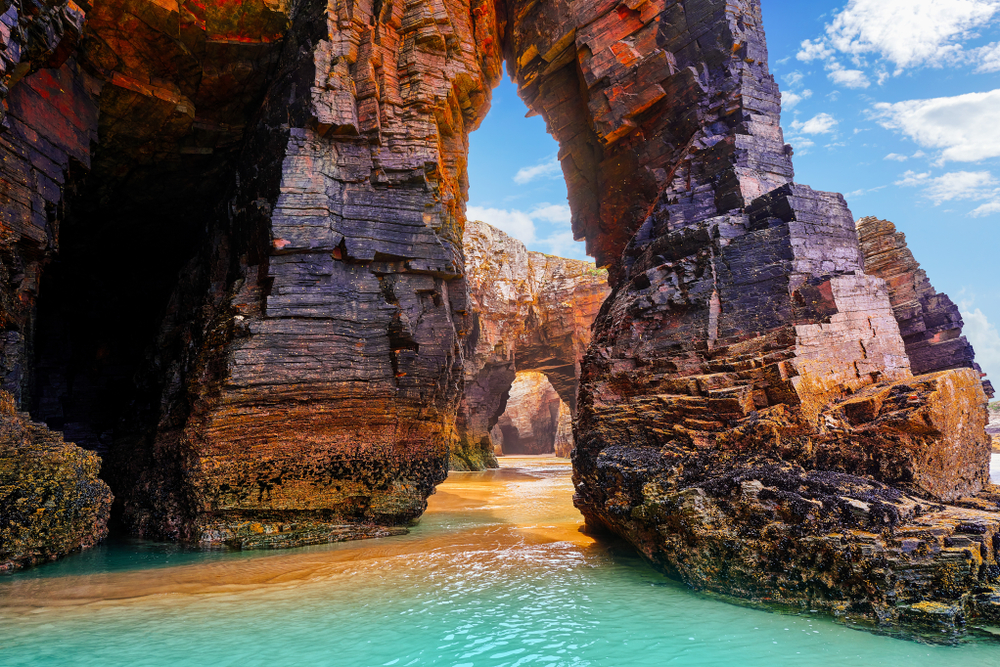 Galicia in north-western Spain is undoubtedly one of the best regions in the country. Visiting Galicia in Spain is like taking a step back in the time of the Middle Ages. The region has many tiny ancient roman villages, lush green sunflower fields, and mysterious ancient forests. It is the country where both the Spanish and Celtic cultures meet. There’s a different Galician food, people, and even language you can encounter on your trip to Galicia. Here are the top reasons to visit Galicia:

Known for its incredible rock formations, Catedrais recently got its name as one of the world’s most beautiful beach region. And Catedrais beach is one of the must-visit places in Galacia. The beach is home to major rock arches and caves that Mother Nature has formed to make it look like Cathedral domes. Thus, justifying the reason behind the name the beach!

Out of all the tasty Galician food, pulpo, octopus, is the finest dish of the region. Pulpo is a sliced octopus dish prepared with paprika and olive oil, served on a base of potatoes, freshly plucked from the regions near the Atlantic sea. Make sure to match it with one of the best red wines in the region. Locals order huge dish plates and spend hours eating pulpo while talking with friends.

The Rias Baixas region has some of the best wine in the country. The area produces the Albarino grape, an ancient variety of wine-producing grapes for some of the most popular white wines in the world. To taste it yourself, take a trip to one of the many wineries in the area. This region is also known for its great beaches, Galician seafood, and greenery. Rias Baixas area is worth a stop on your trip to Galicia, Spain. The best way to explore this beautiful greenery, winery, and seafood is by car.

Of course, you would have tried Spanish cuisines, but you haven’t yet tried the Galician food, for sure. They claim to have the best seafood here in Galicia, Spain, and that’s hard to argue with. Travel to Vigo to enjoy some amazing tapas and seafood restaurants, and to have unforgettable meals.

5. Tour of Magical Forests of Galicia

Galicia is known for its historic and fascinating forests, and no trip would be complete without visiting them. The top picks are the dense forest like Cortegada, also regarded as Europe’s largest bay leaf forest, and the Ribeira Sacra, where you’ll find old churches and world monasteries along the way.

Were you aware that Galicia is Spain’s leading hot springs destination and also one of the world’s best destinations? There are more than 300 hot springs in Galicia, and the Romans used most of them in ancient times. If you are going to visit this beautiful Spanish region, you have to check out the amazing hot springs and stone structures they have got here.