Interesting facts about an Aye-aye 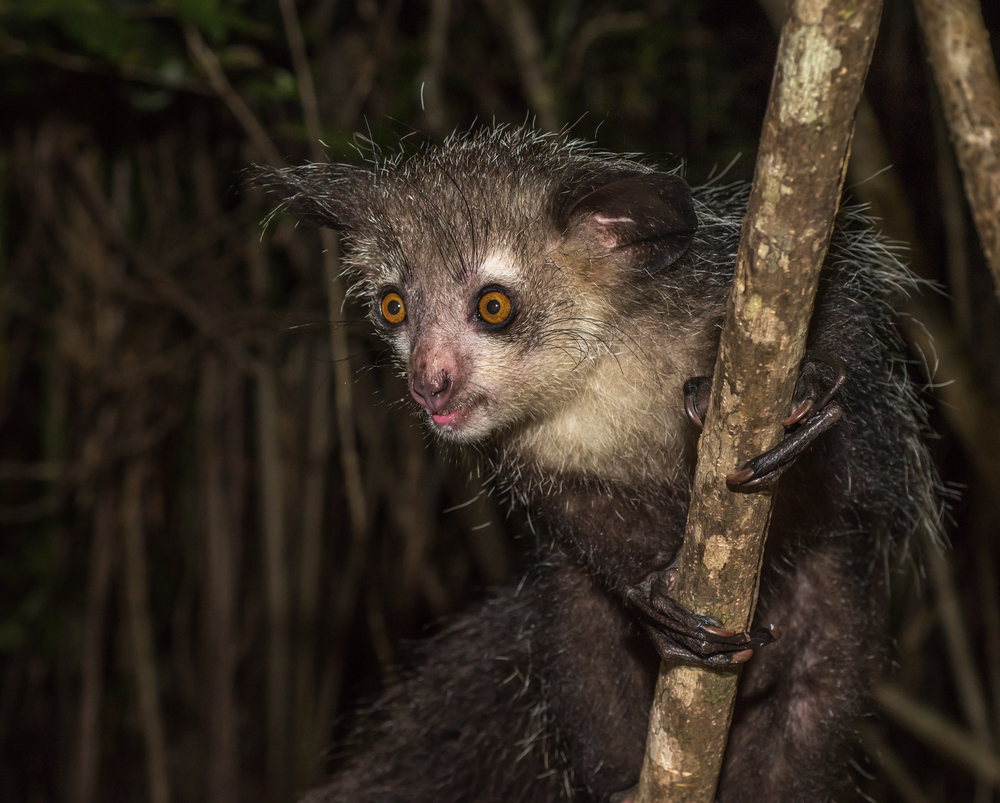 Aye-aye is known to be one of the strangest primates in appearance. This animal can only be found in north-eastern Madagascar. Aye-aye lives in the deciduous and tropical rainforests forests, usually above 700 meters above sea level. A horrific appearance characterizes it, and Madagascar’s people believe that aye-aye “predicts” death. People often chase aye-aye because they are afraid of him and regard aye-aye as a pest of different crops. In addition to killing, the number of aye-aye in the wild is diminishing due to habitat destruction. Aye-aye is listed as an almost endangered species and is under protection at present.

An overview of the Aye-aye facts

Aye-aye is a small animal that can attain lengths of 14 to 17 inches and weight up to 4 pounds. The tail is longer than its body and has a length of up to 24 inches. Aye-ayes have sharp claws on both their fingers and toes. This helps them to swing from tree limbs. Their hands are big for their bodies and long for their fingers.

The aye-aye has a silver front when they are young. After reaching the age of maturity, the body is fully coated in a dense fur, but not one of a single color. The head and back have white tips, and the ends of the body are brown, black, or yellowish.

Aye-aye is a nocturnal animal (active at night), spending most of its life high in the treetops. They are sleeping, moving, and matting in treetops, but sometimes they come down to the ground. Ayes-ayes are the largest nocturnal primate in the world, spending their days curled up in an elaborate nest of leaves and branches, like a ball.

It is a guarantee that no member of your family looks as strange as the aye-aye and yet they are our very distant cousin. The endangered species is known as a lemur, but even lemurs may think that the aye-aye is the strangest cousin of all. As a lemur, it is a member of the mammal family along with chimpanzees, gorillas, and, indeed, humans, which means this odd creature is part of the family, whether like it or not.

Though its extinction was believed to be correct but, in 1957, it was rediscovered. For that time, the numbers were estimates only. IUCN estimated the total population in 1992 to be between 1,000 and 10,000.

How do octopus arms work?