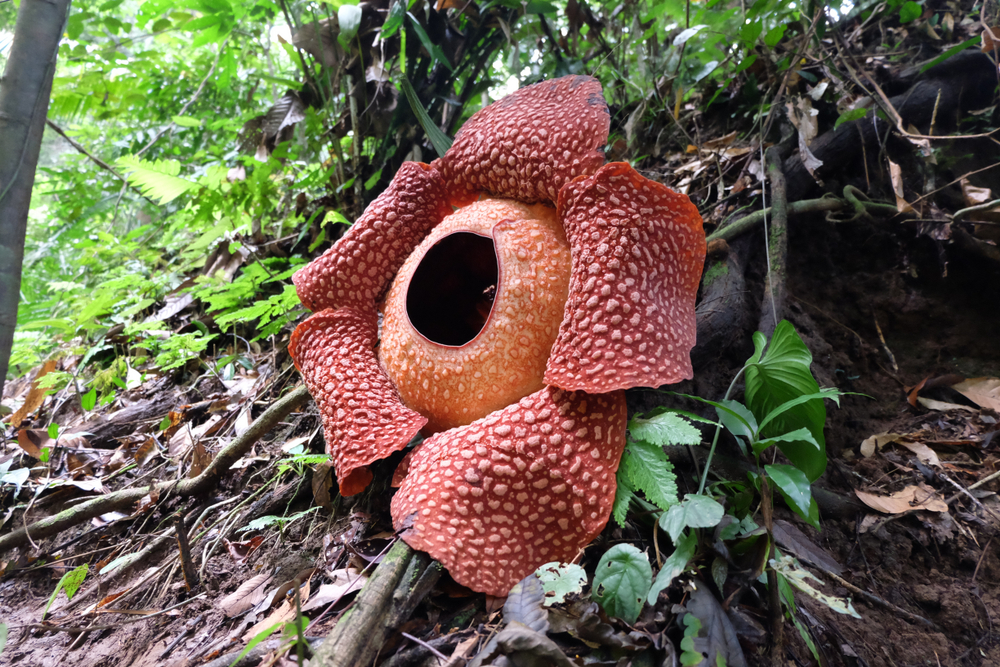 Flowers are incredibly beautiful. They are always an excellent gift as they smell great, look great, and show that special someone that you care about them. Yet while roses, lilies, and sunflowers will always be popular choices there are some flowers that you really don’t want to give as a gift. These are the types of flowers that would be feel at home in your nightmares and are more likely to make that special someone run the other way, not into your arms. Yet some people have a taste for the strange and scary. If you are one of those then we have a treat for you today. Here are the scariest flowers and plants in the world.

The name says it all. This flower looks like a tooth that is bleeding. Some people try and make it sound a little more pretty and cheery by calling it strawberry icecream but that cheery name just doesn’t sit right with this flower. This plant is actually a fungus and has some positive medicinal purposes however it is poisonous and is covered in sharp teeth. So not only does it look scary but it can do some damage too. The fungus can be found all over North America and can be spotted because it is the only thing in the forest that looks like it is oozing blood. Yuck.

Again this name says more than we ever could. This flower is extremely rare and will only bloom for four days once every forty years! It can be found in Western Sumatra and has a beautiful and large flower. It can grow up to ten feet tall and is the largest unbranched flower in the world. Yet that is where the beauty ends. The flower gets its name because it smells like a dead body when it blooms. There is something ironic about the universe making the largest flower smell like a dead body – a bittersweet reminder of the good and bad in life. We are pretty happy this flower only blooms for a few days every four decades. Imagine having to put up with that smell for longer? No thanks.

Moving from disgusting to disturbing. The doll’s eye flower feels as though it was made for a creepy horror movie. The flowers of this plant are absolutely fine but the berries are super strange. They are white bulging circles that have a black dot in the center. It looks as if a hundred eyes are staring at you. While that may not sound too bad we would hate to be in a forest alone with these flowers, especially if they started to blink.

The snapdragon is a gorgeous flower named after a dragon because the shape of the flower looks like the head of a dragon. They are pretty cool for this reason. However, when the flowers are no longer in bloom the seeds are all that are on show and these are just creepy. The seeds look like very small skulls. If the Adams family needed some flowers for a wedding, this is what they would choose.

We couldn’t finish this piece without mentioning the Venus flytrap. A plant that is so scary that it has horror movies and musicals written about it. The Venus flytrap is notorious for being able to snap shut and kill its prey. The flower actually has an incredibly interesting story. It only grows native in one place in the world – Carolina. Yet people now steal it from there on a regular basis posing huge problems for plant growers in the area.

These are our favorite creepy plants. Let us know what plant or flower freaks you out the most.

Are mounted police officers responsible for cleaning their horse’s poop?