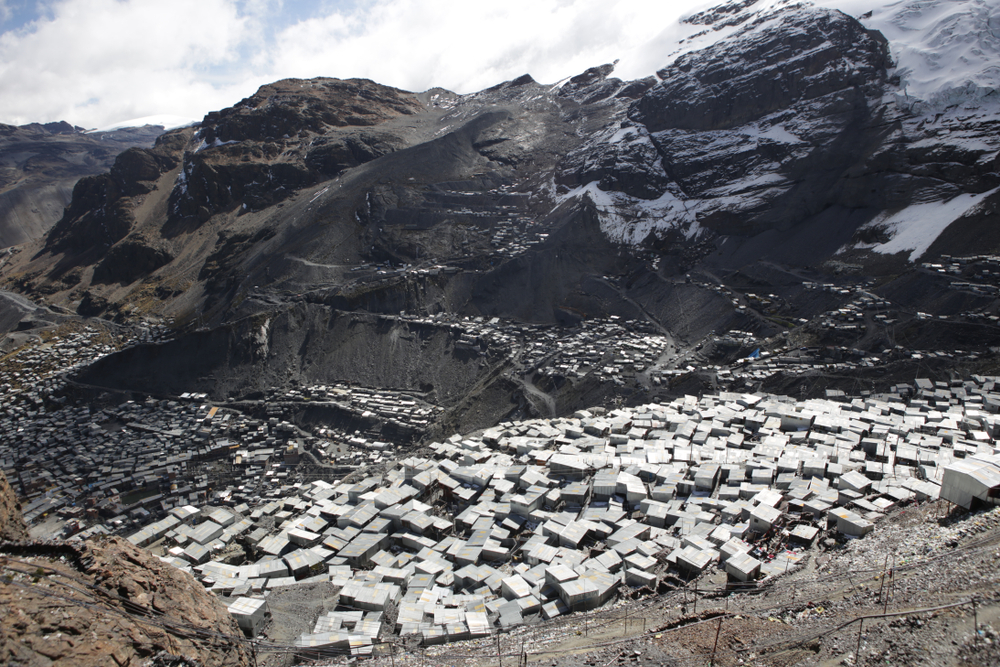 Humans are known to adapt to even extreme conditions. We are often said to adjust, no matter how the situation is, whether it is natural hardship or anything else. Can you imagine there are still several places on the planet that are not meant for humans to live, but humans being humans played tough and preserved despite the immense odds they faced? Here is the list of five of the most uninhabitable places around the world.

This village in Peru is considered to be one at the highest altitude in the world. If anyone decides to travel here, he has to drive to narrow roads along with cliff faces with no guard rails. Being so dangerous, this is not a place for faint hearts. As soon as you get there, you will realize why and how it’s so crazy to live there as the entire town is built on a glacier. The main reason for people moving up to this place is because the city has a giant gold mine.

It was about 2000 years ago when the city was full of thieves and debauchery, and one day the volcano that is located next to the town erupted. The eruption was so violent that it completely vanished the buildings and the people, so nobody thought that there would be any case of rebuilding it. But it happened, and then history did repeat itself in the year 1903 and later in 1944. The city now has a total of 25,000 residents living.

It is one of the southern Chinese countries that sit on the south side of the Himalayan Mountains and is one of the world’s most remote places. The moist air gets trapped in this area by the mountains creating a rainforest, and hence everything ends up getting destroyed. There no roads because the ground is way too muddy and wet. There are not even any stores or hospitals in case of emergency. Despite all these difficulties, around 10,000 people who live in this county receive supplies from couriers on motorcycles.

People of this city lived even when the temperature reached down to -50 degrees Fahrenheit. With 1,500 people living, this Russian city is known to be one of the coldest cities in the world. The place is so cold that Soviets and Russian Czars used this place to keep their political enemies. The simple reason was that if you run away, you’ll either starve or freeze to death. During the summer, the sun shines for only five hours.

Even though this place is entire of a surprise to be on this list, living here is indeed rather difficult for people. These tropical islands are famously known as paradises for foreigners, especially couples, but the majority of this country’s population is about 329,000. These people are somehow settled onto the tiny atoll of Male. This collection of islands is, however, super tough when it comes to living. Lack of room and rising water levels pose a significant threat to this place.