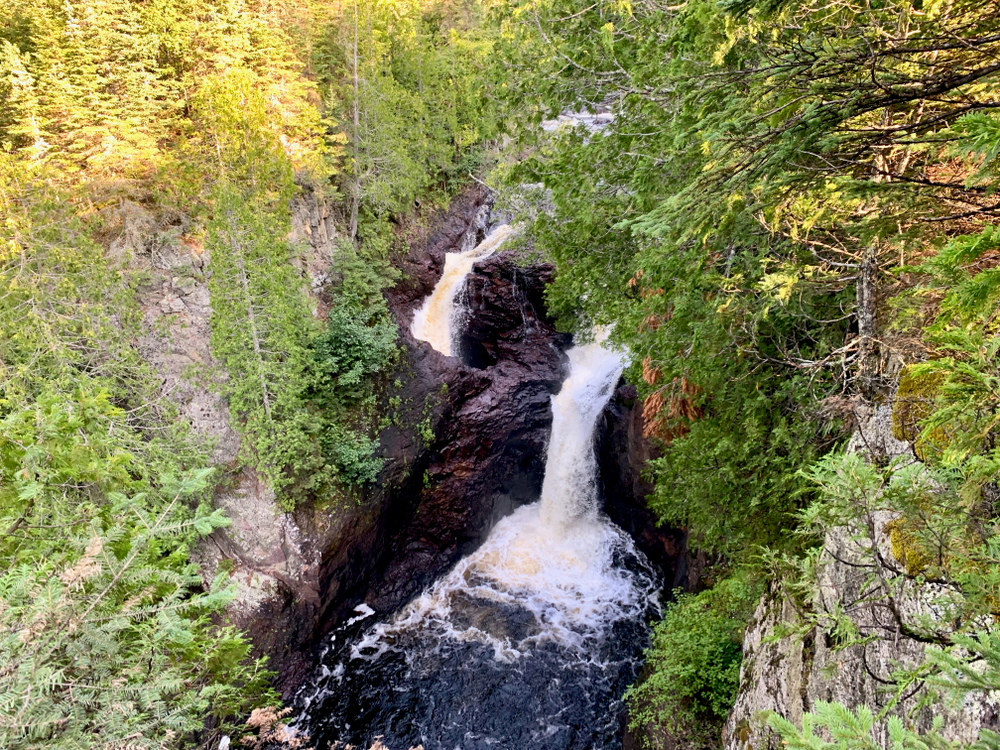 Minnesota is not known for its mysteries, with the exception of the fact that Minnesota is where the TV series Hannibal is set, a show in search of a mysterious serial killer. However, aside from that work of fiction, Minnesota is not known for its mysteries. The stereotypical Minnesota person is described as “Minnesota nice”, someone with a strong sense of community and kindness. It is a state largely based on Lutheranism with a strong religious moral background to many communities. It is for this reason that the Devil’s Kettle Waterfall mystery is all the more surprising because it is based in the quiet state of Minnesota.

The Devil’s Kettle Falls are found in Judge C.R. Magney State Park close to Lake Superior. The park was named after a former mayor and judge on the Minnesota Supreme court who helped in establishing many parks in the state. The most famous attraction of the park is The Devil’s Kettle” a strange waterfall as the river that feeds it divides into two parts. One part becomes a 50 foot waterfall and continues the course of the river, the other part disappears into a pothole, falls for 10 feet, and then really disappears, and we mean really disappears.

Experts theorize that the second part of the river rejoins the main river channel later or ends at Lake Superior but these are just theories because the water source has never been found. The river that feeds “The Devil’s Kettle” is called Brule River and it has a strong flow. Experts say that half of that river disappears into a pothole and is never found again. This is a lot of water that simply goes missing. Experts have done their best to track the flow of water. They have dropped color dye into the river and never seen the colors reappear. They have dropped ping pong balls and other objects there too yet none have ever resurfaced. There are legends that full cars have been dropped down that pothole and never seen again. If someone wanted to get rid of a body, this pothole would be the place to put it.

Look, we know the water doesn’t disappear. There is a massive lake nearby and it has to end up there somehow but experts just don’t know-how. Riverbed potholes are a normal formation but where the flow goes is an enigma. The flow of water would be extremely massive so a trickle of water disappearing through cracks in the surface doesn’t cut it.

Hydrologists recently visited the formation and may have finally solved the mystery. They measured the volume of water flowing in the river above and below the waterfall. They found that the measurement before the waterfall was 123 cubic feet per second while after it dropped to 121 cubic feet per second. Now as you are not a hydrologist you may be wondering if that is a big change. According to the experts, that difference is so small it could be explained by the equipment and there may not even be a change. The previous experts that said half the water disappeared were just plain wrong. I know what you’re thinking, where did all the stuff go then?

Experts now say that the items dropped in were likely held under the waterfall in the plunge pool for a long period of time and either disintegrated or were not seen in the flow of the waterfall as they resurfaced later. The dye itself was likely diluted by the enormous flow of the waterfall. Hydrologists are now waiting for the river to have a decreased flow and will put in a much stronger dye. They plan to solve the mystery once and for all.

The Wonderful Hot Springs of Budapest