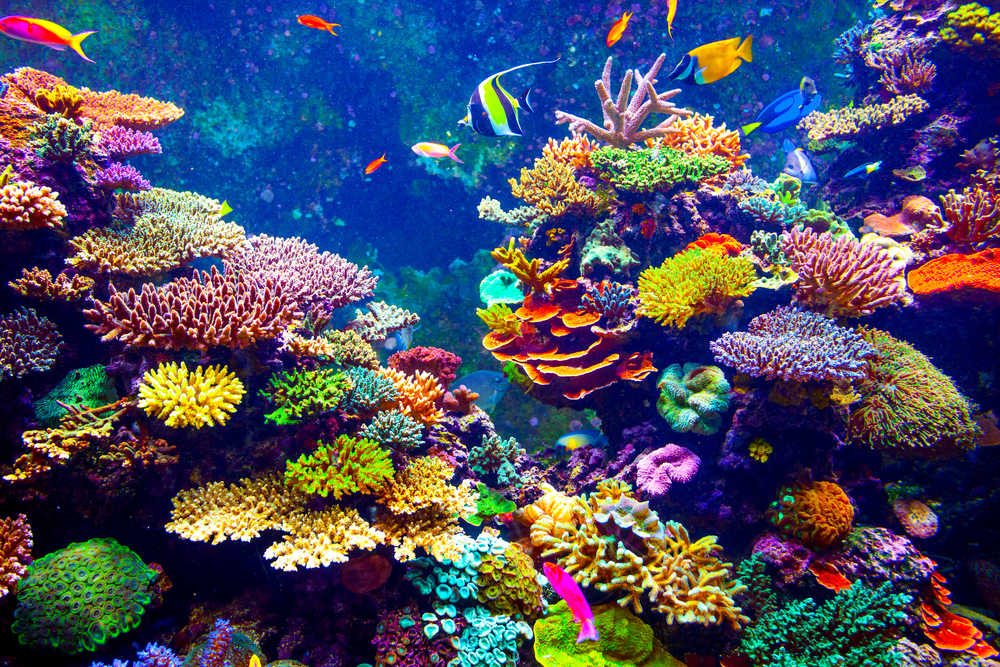 All of you might have heard many times about the dramatic loss of coral reefs. In the last few years, there has been a rise in the diminishing of the coral reefs. The world has lost almost half of the coral reefs in the last thirty years alone. Even the Great Barrier Reef in Australia has lost 70% of its coral reef by 2016, and scientists are calling it an extinction-level event.

Coral reefs are not only important because of its beauty but also because they are biodiversity hotspots. The researchers are figuring out ways to conserve coral reefs and finding ways to keep the coral alive. The reason for this extinction can be water pollution in some places or warming of water and heat stress at other places. So here’s the list of a few things that scientists are doing to help coral reefs survive and continue living for longer.

One of the foremost ways to conserve coral reefs is cloud brightening. It is the process of using clouds to provide a safety barrier over coral reefs typically. It involves the pumping of seawater with a fan into the sky. The theory behind this is the water will evaporate in the sky, and the salt particles will condense with other water, and make the clouds brighter. The bright clouds will deflect the sun rays and will help the ocean water stay cool. It will prevent the problem of water heating and causing a threat to coral reefs.

The extinction of coral reefs can be halted with the help of loudspeakers and some deception. As healthy reefs are usually noisy places, so the scientists are playing loud noises near the unhealthy reefs. This process has resulted in the fish returning and staying there. The healthy reefs are usually noisy because of the crackle of snapping shrimp and the whoops. The young fishes can be attracted to the reefs again with the help of loudspeakers.

In this technique, scientists take help from the theory of the survival of the fittest. The coral fragments are put into the hot, acidic water tanks. The corals that survive in it are then put onto the artificial trees to grow and then later are transplanted back into the reef. This process takes much time and effort, but the efforts seem to be giving the desired results.

Water-propagation has been used as a technique to stop the extinction of coral reefs since 2000. The fast-growing corals like staghorn and elkhorn corals are used for in-water propagation. The humans do the fragmentation and replanting by hand for these corals so that they can grow faster and swiftly.

To slow down and halt the diminishing of the coral reefs reskinning is used as a technique to make the corals grow faster. Reskinning is a technique in which a small part of the coral is grown from the gigantic boulder and then attached to the bleached out corals. Due to natural forces, the baby corals then cover the old corals more quickly and start growing.

Corals have been present on the earth for about 500 million years. They have been subject to many unfavorable conditions, climates, and circumstances. So the scientists are taking the corals that have survived all the major threats in the past. And, planting them in places where the corals are bleached as they are genetically mutated and can survive extreme conditions. So, this is how you can put an end to the diminishing of the coral reefs.

Interesting facts about an Aye-aye