How do honeybees create their own waves while stuck in the water? 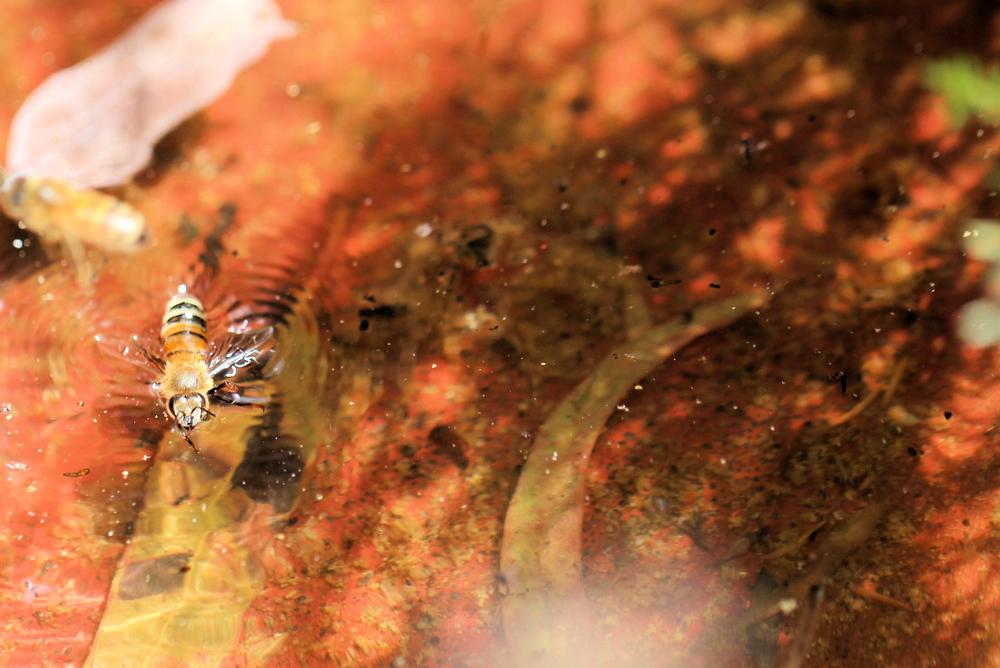 If you get stuck in the water, you know how to swim or get out, but what are your thoughts if you see a honeybee stuck in the water? They precisely can’t fly with water on their wings, nor can they swim, but something they could do is generating tiny waves and ‘surf’ on them.

Honeybees indeed need water just like us. It might fly several miles to find a good water source. If a thirsty bee gets more, it ends up having more than required; it goes like bee ending in water. That could be worse as it sounds because bee can’t swim or fly with their wet wings. But a recent study shows that bees can surf the water, making it possible for not drown at least.

The discovery of surfing bee

It all started when a research engineer Chris Roh walked through the campus of California Insitute of Technology. He passed by Caltech’s Millikan Pond and saw a honeybee stuck in water during midday. He had to look carefully due to the sun cast shadow – it was the shadow of a honeybee stuck onto the bottom of the waterbody. He also noticed that the waves’ shadows created by the bee’s wings.

Roh saw bee buzzed in the water, and he noticed the shadows that showed amplitudes of the waves being kicked up by its wings. As along with the pattern of interference was the waves created by the bee’s wings collided with waves from another one. Roh became excited when he saw this behavior, and he took that honeybee back to the lab to have a closer look. He placed a bee in a pan of water, and with the light casting shadows at the bottom of the pan, he noticed movements of 33 individual bees for a few minutes.

The result of this experiment was published, which stated – While the water prevents bee from flying, it gives another way for it to escape. It usually lets bee to drag water with her wings that create waves helping her to move forward. This wave is generally symmetrical from left to right. Researchers found the water behind the bee developed a large and strong amplitude wave with an interference pattern for its movement in the water.

Surfing is the survival

Even if hydrofoiling does not help the bee lift itself out of the water, it can still propel it to the water’s edge from where it can climb safely. Instead of flapping flatly, honeybee wings curve downwards as they try to push them into water and curve upwards as they pull themselves back to the surface. According to the researchers, the pulling motion generates a thrust, while the push motion is a recovery stroke.

The bees flap their wings slowly in water. The stroke amplitude is about 90 to 120 degrees while flying, but it drops to less than 10 degrees in the water.

While the behavior of bee was never thought to be ever documented by anyone, but Roh made it possible and gave interesting results. Although the study focuses on honeybees, future research might also investigate whether there are any other bee species or any other winged insect with the same trait. As an engineer, Roh sees this discovery as an opportunity for biomimicry.

Why we need bees