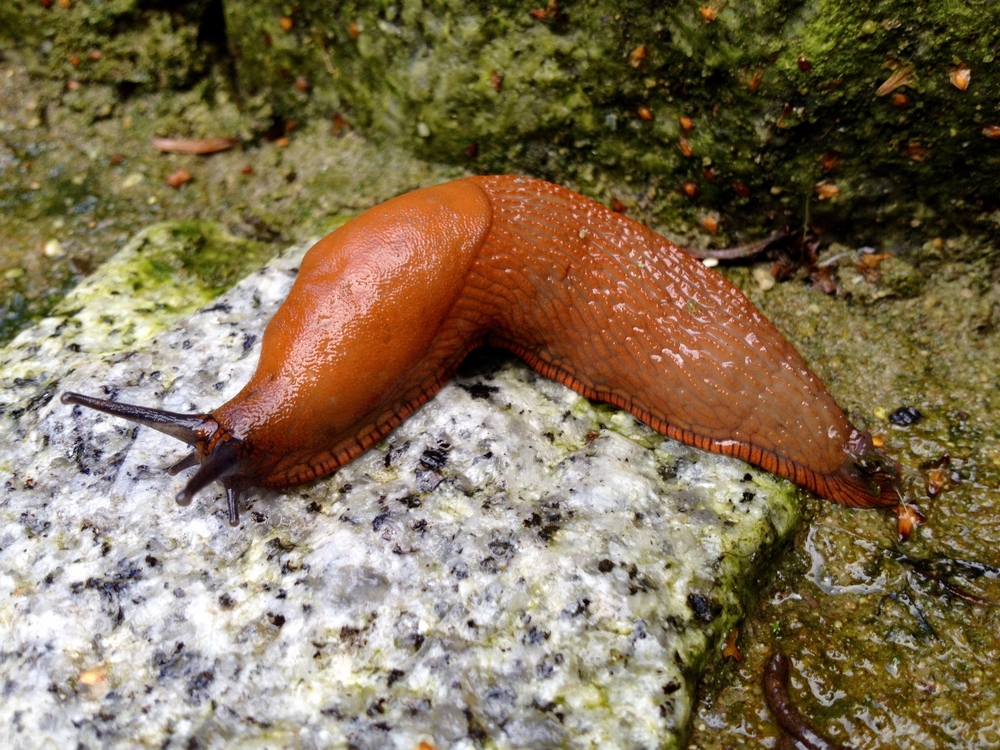 The Australian bushfires took the country by a storm. With fires raging every direction the eye could see, Australia burned for weeks. No animal, tree, or house could stand firm in the wake of the monstrous Australian bushfires. But astonishingly, one meek-looking little slug made it to the list of animals surviving bushfires.

This very unusual being was discovered only a few years ago. Its only habitat is the mountaintop of New South Wales of the New South Wales National Park and Wildlife Services.

Australia suffered from a high wildlife loss due to severe bushfires, and many animals lost their lives. The most endangered in these Australian bushfires are the endemic animals (found nowhere else) and are susceptible to condition changes much more than other animals. Animals surviving bushfires are often only a miraculous case. Even when animals find shelter like a cave to hide under, etc. they do not manage to outlive the fires, due to extreme smoke density, or extensive heat. But these hot-pink slug species did.

While even the smartest animals of the area could not outsmart the fire, these unique hot-pink slug populations suffered, only to recover very quickly. About 60 slugs seen after the controlling of the bushfire, felt like a breeze of fresh air, according to Frank Kohler. The local malacologist said that the safety of this species was worried about, as they too play an essential role in the ecosystem area, despite not being very popularly known.

The very lush wilds of Australia

Australia is a beautiful home to some very unique species found nowhere else in the world. The region serves as the natural habitat to some very cute hopping, pouched mammals, to large flightless birds. This hot-pink slug makes the list of exceptional Australian wildlife, too.

Most astonishing is the fact that they live only on Mount Kaputar forest (a mountain top) 5,000 feet above.

Triboniophorus aff. graeffei, regional to the wildlife park, is as pink as the brightest pink can ever be. The ranger with the National Parks and Wildlife Service, Michal Murphy, told the Australian Broadcasting Corporation that if you trek the mountain on a good day, you could see about a 100 of these Australian bushfires survivors.

The scientists believe that these slugs date back to the era when Australia was a rainforest. Most impressive is the speculation that these slugs survived due to a volcanic eruption some million years ago. Usually, volcanoes are paired with destruction and damage, but who could have said that a volcano after cooling could prove to be a habitat for these endemic species.

It is thought that as Australia dried out from its previous rainforest status, this high raised ground became a haven for these unusual species. Their isolation from the main ground provided them a safe habitat to grow and flourish without the fear of predatory elements that would have otherwise hunted them on the lower grounds.

Their diet consists of mold and moss of trees, and they eat at night after crawling on to the trees. Their hot-pink color though thought to be a magnet for predators due to the very bright hue, is a camouflage worthy shade, as the slugs can hide behind fallen red eucalyptus leaves.

These bizarrely colored slugs live beside other very unique creatures like the cannibal snails. The cannibal snails also suffered in the Australian bushfires but are one of the other few animals surviving bushfires of the region. These snails are recovering too but not as fast as the slugs (maybe because they end eating each other up).