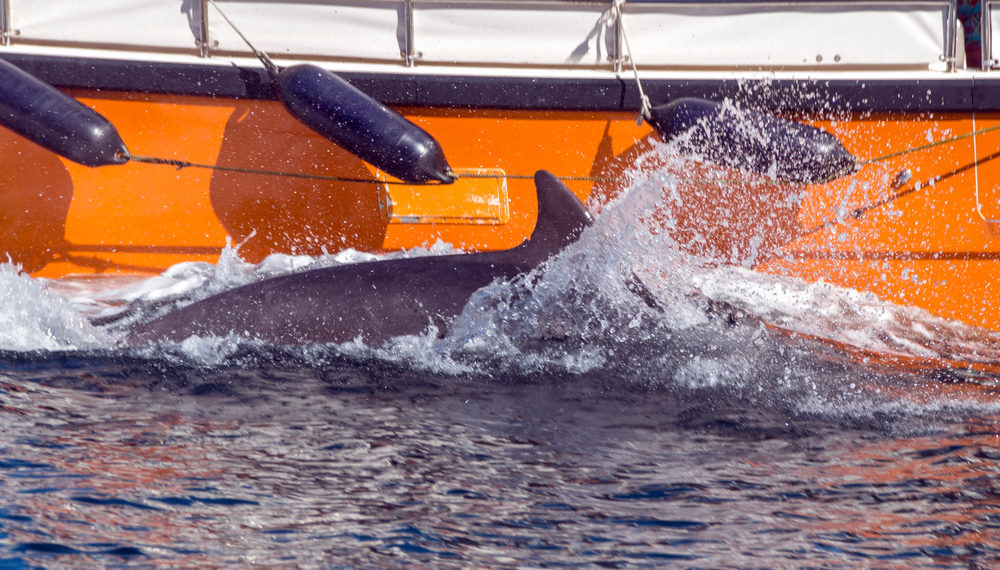 While we have seen many people suffering due to the COVID-19 pandemic, there is one more being that is suffering due to no human interaction. It is the famous solitary dolphin named Fungie at Dingle harbor.

It was in the year 1983 when Fungie started living off the west Kerry coast. It has ever since been a star and one of the famous dolphins with a great fan-following. Fungie has a lot of admirers, fans, and friends who kept it busy the whole day, but now due to Covid-19, everything seemed to have stopped for Fungie, and it has been seen lonely since then.

Fungie, having loved audience attention for so long, is suffering due to a change in the schedule. Fungie is one of the tourist sensations with antics near leisure craft, and it is evident that people loved watching it. Fungie has also contributed to marine science with its taste for garfish. It is one of the dolphins which loved eating the sleek fish.

When Jimmy Flannery spotted it

A kind-hearted fisherman of Kerry spotted Fungie and was moved by the sight of the lonely dolphin. The famous dolphin was lonely without human interaction from over two months. Fungie enjoys an array of photographers and admirers, which fulfilled all its thirst for attention. But they are no more to be seen; thus, Jimmy decided to help Fungie. It is a male bottlenose dolphin, is also known as the Dingle dolphin.

The kind-hearted Kerry fisherman was greatly moved by the sight of Fungie being lonely. Jimmy decided to take daily trips to keep it accompanied. Apart from doing his daily job, Jimmy rowed twice a day to meet Fungie. It usually followed the fishing boats, but they don’t have time for the dolphin, Fungi, because they were too involved in their task. The ports were left empty post-March leaving Fungi all alone in isolation. The ports had nothing but the movements of the fishing boats. As per Mr. Flannery and a few other fishermen, they noticed that something didn’t seem rational.

Many fishers noticed that a few times, Fungie sped over along with the boats that were departing from the port to get their attention or a fish treat. Mr. Flannery is now head out to Dingle harbor twice a day to make sure Fungie is doing fine. He also undertakes off fishing chores for it. He hopes that Fungie doesn’t forget him even after the normalcy in the conditions and after the return of its admirers after lockdown.

Dingle is one of the Irish holiday destinations, which is facing loss due to pandemic because the income depends on tourism. But it will all be normal once the effect of the virus is over. So next time, if you are planning to visit Dingle, make sure to play around with Fungie.