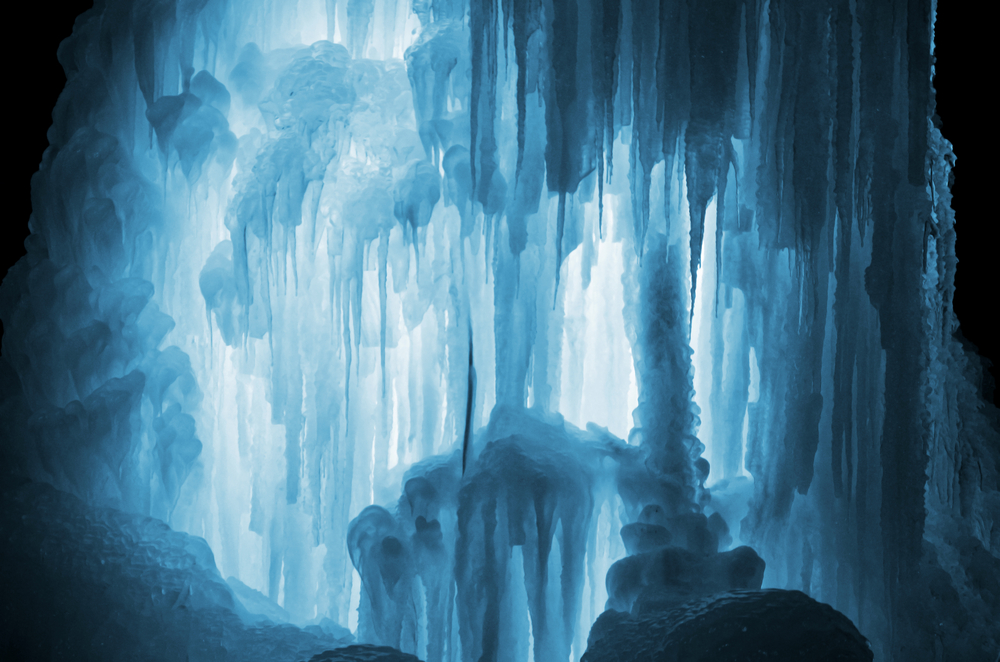 When we think of Mars and other planets we often think of extreme weather patterns and conditions of nature that seem so different from our pleasant planet. However, while the majority of populations live in moderate climates on Earth that does not mean that we lack extreme weather conditions on this planet either. From the incredible heats and sandstorms of the deserts to the heavy rainfalls and storms in the tropical rainforests. Our planet has some incredible occurrences of nature. One occurrence that most people are unfamiliar with is the brinicle. It is one of the most beautiful and rare occurrences in nature and has to be seen to be properly understood.

Stalactites and stalagmites form in caves as deposited materials fall from the ceiling and build up to form these rich pillars of mineral deposit. The same can happen off the side of your roof in winter as icicles can form as droplets of water freeze and build up to form large deposits of ice. These natural formations are incredibly beautiful but they are far from rare. However, the brinicle is a little different. A brinicle is similar to an icicle or stalactite but it forms in the cold parts of the ocean instead of on land.

Visually brinicles look like small static hurricanes in the water. Like swirls of water frozen in time. They are pillars stretching to the ocean floor that appear to defy the laws of the natural world. Instead, they are formed by the very rules of science. When temperatures drop and ice begins to form in the seawater, the water molecules make the ice and the salt is expelled. This salt that has been removed from the water now emerges from the ice creating these pools of brine. This can result in small pockets in the ice, filled with dense salt. When the ice cracks the brine emerges and falls towards the seafloor. As the brine is extremely cold it flash freezes the seawater that it touches as it falls to the floor and creates a tube of ice that appears to grow from the ice and can lead all the way to the ocean floor.

These ice pillars look like they are part of an underwater kingdom. If you have ever visited a cave network on land you will have witnessed some of the beautiful formations that stalactites, stalagmites, and pillars can create. Now imagine these incredible structures but formed by ice and existing in deep oceans. Luckily these beautiful formations don’t have to be left solely to the imagination.

In 2011, the English television network the BBC launched a mini-series called Frozen Planet. You may be aware of their other nature documentaries with Blue-Planet the most famous. Frozen Planet was a short series but in one episode the crew camped out in Antarctica and managed to film the formation of a brinicle reaching the ocean floor. The entire process took 12 hours and once it reached the seafloor it continued to spread for another 20 feet. The team had a tough time capturing the event and it likely cost significant time and money, meaning it would not be easy to plan to see one as a normal tourist.

These beautiful formations have a nasty side. They are so cold that anything they come in contact with will be frozen and killed. Sea urchins and other underwater creatures that exist on the seafloor can be gone in seconds. We highly recommend watching the Frozen Planet series to have an idea of how these beautiful formations look and if you do ever manage to see one in real life, please let us know.