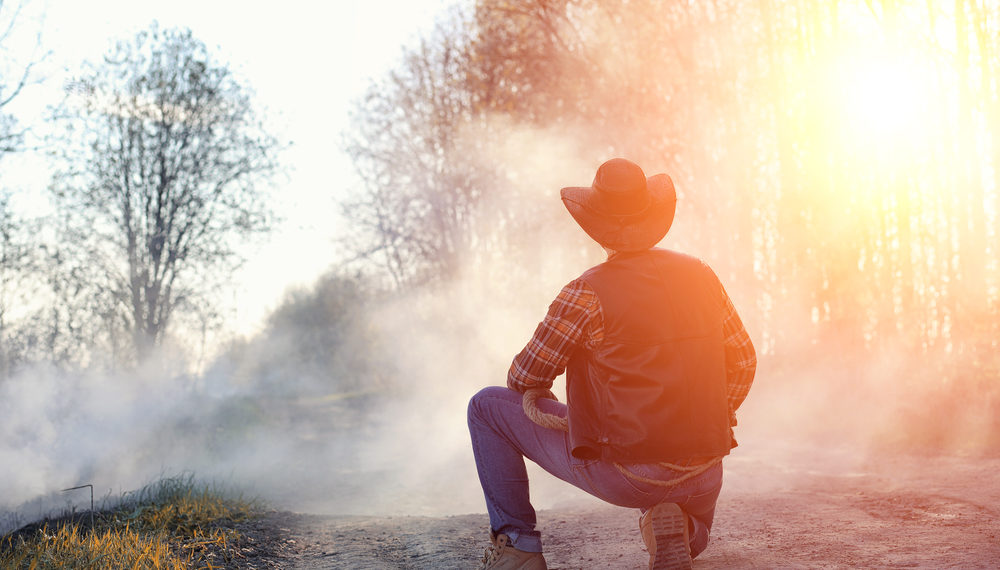 A miracle happened in the midst of raging wildfires at one horse farm. Millions of acres of land were burned by California wildfires, but all of the horses at one horse rescue center somehow survived even though their sanctuary was gone. One woman is counting her blessings after witnessing this miracle.

The sanctuary for neglected and abused horses, Hyslop Horse Haven, sits in Jamul, California. Owner Patty Hyslop knew the fires were coming and she feared for the over 20 horses in her sanctuary. At first, Patty refused to leave her horses, even though officers told her she would perish with them if she stayed. She finally left the property after trying to rescue as many horses as possible. She thought when she came back that they would either be severely burned or gone.

Returning to the farm

When Patty returned to the sanctuary, she wasn’t sure what to expect. The fire destroyed more than eight of her sheds. These sheds were full of food and medication for the animals. Her golf cart and the volunteers’ trailers were destroyed. She noticed something in the distance. Somehow the horses were still alive and unharmed. Patty was in disbelief and she counted all of her horses.
The Jamul Valley Fire Impact

There is no rhyme or reason a fire follows its chosen path. In this instance, the blackened land stops at the edge of the paddock. The packed dirt in this location didn’t burn. Patty’s house was not destroyed either. The ranch buildings and stables were all burned down. The estimated cost to rebuild everything that the fire took away was about $300,000. The Jamul Valley fire destroyed multiple homes and burned hundreds of thousands of acres of land in September 2020. Patty knew it was always a threat, but never knew it would impact her this way.

Patty says the horses help her more than she has helped them. After suffering from multiple sclerosis that once left her paralyzed, the horses keep her going. For over 20 years, Patty has been saving horses and teaching others how to ride. The ranch is a play where children learn how to ride and take care of these beautiful creatures. She knew she had to use this miracle to help others, even if it means a lot of effort and money to build everything back to where it once was.

Patty and her team moved the horses to The Lucky Seven Ranch as they worked to rebuild the ranch and sanctuary. They started to raise funds to replace the medicine, feed, and equipment. They also lost the blankets and saddles used for riding lessons with the children. The crew had to replace the machinery and rebuild their storage units. Everything was lost except the horses, the things that mattered the most.

People have come together to help Patty and her crew fix up the ranch. They don’t want to stop saving animals. Parents and kids have joined in to clean up the area. They had to muck out stalls and wipe soot away from corral bars. Everything was done for the sake of the horses at the ranch. They were somehow saved as the fire ravaged around them destroying almost everything in its path. These horses are special animals.

In conclusion, Patty and the horses are on the road to getting back to normal. Patty believes God sent angels and a bubble to protect her horses as the barn explored and the fire blazed in front of them. She was ready to return to a disaster, yet she returned to a miracle.

Explore the second Dubai of the world