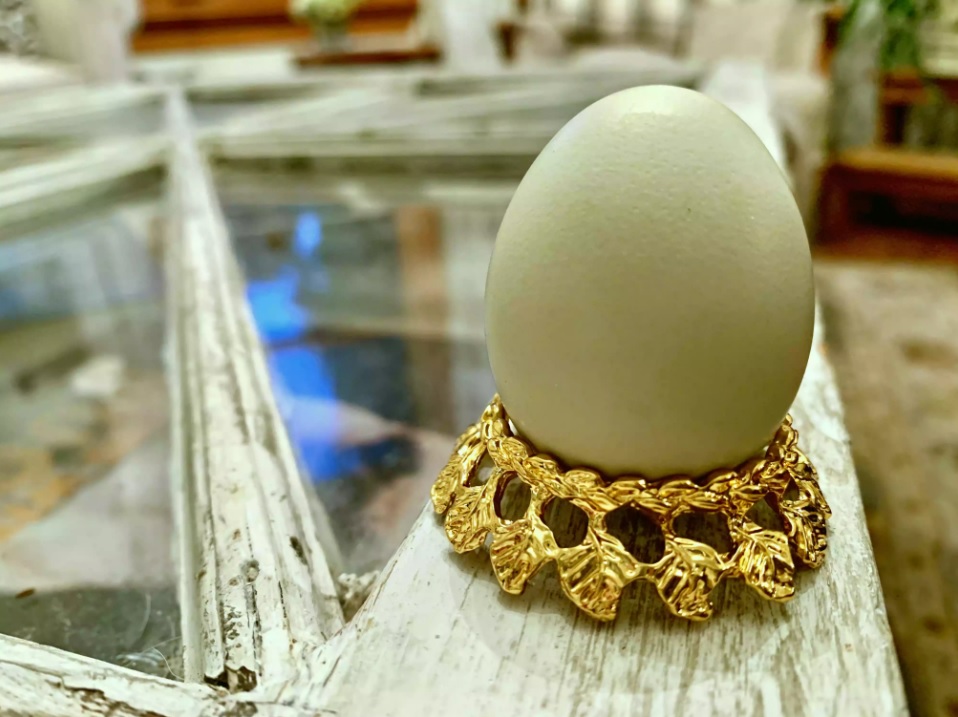 If you are living in the countryside and you bump into your neighbor, then it is sure that you’ll have a conversation about livestock. A man named Brooks, however, had a story to share. It was him and his wife Bunnie, who started to raise chickens. They spent months setting up their backyards and pour money into building the perfect high-end coop. A few months later, those baby chicks arrived at maturity and eventually began laying eggs and they finally got to taste what a $7,000 egg tastes like.

Brooks grew seven chickens, each named after a different female NPR newscaster. There was one chicken named Nina Totenberg who relishes taking dust baths while the others were named Yuki Noguchi, Melissa Block, Audie Cornish, Terry Gross, Lakshmi Singh, and Cokie Roberts. They all lived a luxurious life and lack for nothing. They return the favor by delivering fresh eggs for the breakfast table daily.

A chicken named Terry Gross had bizarre looks. It had a bushel of facial hair and looked like a civil war serviceman that reincarnated as a chicken. It was the first chicken that went from awkward teenage chicken to a mature one. It started acting strange and did squawking non-stop. It would sometimes jump the fence and start roaming around the property, presumably looking for a nice place to lay its first egg. It was visible that just like a woman goes through labor pains, Terry was squawking in circles and desperately trying to lay eggs. Upon the advice of their mentor, The Chicken Chick, the couple also placed fake decoy eggs in the cubbies to show their chicken where to lay eggs.

The story of Terry’s first egg

After spending a couple of hours to comfort Terry, the couple decided to go back inside as they didn’t want to be there while the laying of eggs. The next morning when the couple went outside to check, they found Terry’s first laid egg. It was beyond happiness for them and decided to color the egg. They congratulated Terry for a good job and then forced it to pose with them for several selfies. They soon posted the story on Facebook and garnered several likes within a few times. They then took the egg inside and propped it on a special gold-crusted egg holder they had. The egg was on display in their first sunroom, where the window provided excellent lighting for another round of photos. The egg was then placed in bedroom to make sure that it is the last thing they see before they go back to sleep and they wake up seeing it as the first thing in the morning. Lastly, they took the egg to the kitchen to discover what a $7,000 egg tastes like.